Only 2 kms trek away from Kedarnath. Floating-ice on the crystal clear waters of the lake fascinates the visitors. Allmost all the places in an around Kedarnath is related to Mahabharata in one or the other way. Chorabari also is not an exception. This picturesque lake is also named as Gandhi Sarovar. The popular belief is that it was from here Yudhishthira endeavors his heavenly voyage. A small lake from where Yudhishthir, the eldest of the Pandavas, is believed to have departed to heaven is known as Gandhi Sarovar. The floating ice on the sparkling water is a fascinating site.

The lake presents an awesome scenario of nature, which would definitely mesmerize any visitor. The ice perched on the surface of this lovely lake makes an enthralling effect. Its tranquil ambiance coupled with the gentle cold breeze heals all the worldly worries. Chorabari would be a nice stop over for those who prefer to be in the lap of the mother nature in sheer solitude. 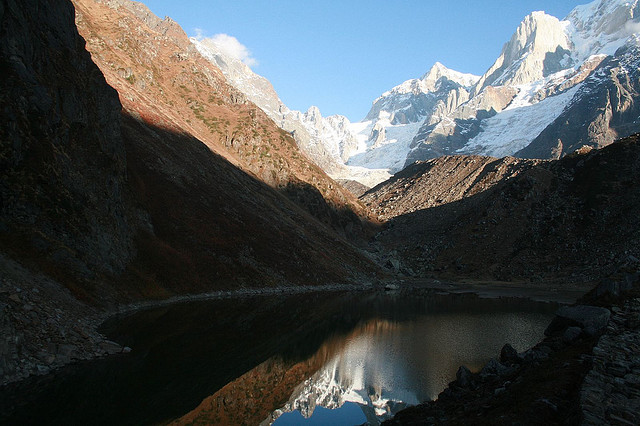 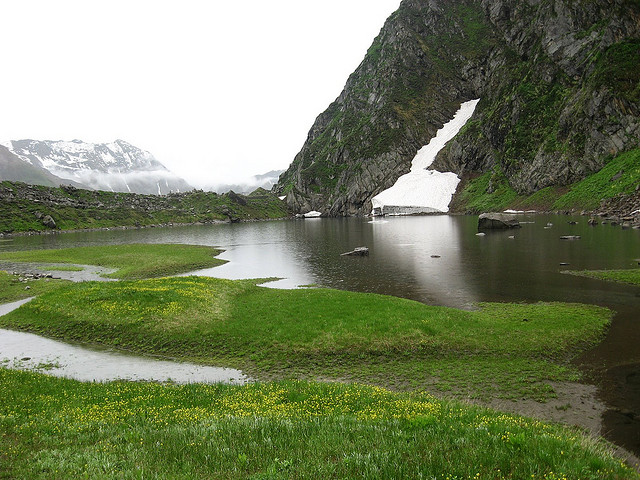